Tamara Honrado (President) is an enrolled member of the Six Nations of the Grand River (Mohawk) and is a Indian Child Welfare Act (ICWA) and Tribal Consultant with the Child and Family Institute of California (CFPIC).  Before she worked for CFPIC, she was the Deputy Executive Director of Health and Human Services (Ner-gery 'Oohl) with the Yurok Tribe; Associate General Counsel for the Yurok Tribe focusing on Indian Child Welfare and IV-E foster care; Staff Attorney at California Indian Legal Services focusing on Indian Child Welfare Act Tribal representation.  She holds a license to practice law in the State of California, the Tribal Court of the Yurok Tribe, and the Tribal Court of the Tolowa Dee-ni’ Nation.
Current Term: 2019-2022. 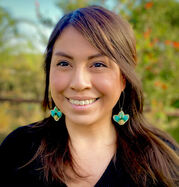 Mica Llerandi (Vice President) is Diné and a Senior Attorney at the California Tribal Families Coalition.  She previously served as a Staff Attorney at California Indian Legal Services in the Escondido Office. She received her Bachelor of Arts in Religious Studies from Yale University and her Juris Doctor and Certificate in Indigenous People’s Law and Policy from the University of Arizona. Mica worked on multiple Indian Reservations in Arizona; first on the Navajo Nation as a Staff Attorney and Domestic Violence Project Director with DNA-People’s Legal Services, then as a Deputy Community Prosecutor on the Gila River Indian Community, and lastly, as a Guardian ad Litem on the Salt River Pima-Maricopa Indian Community. In 2016, she moved to California and join Children’s Legal Services of San Diego where she represented children in dependency proceedings in San Diego County.
Current Term: 2020-2023. 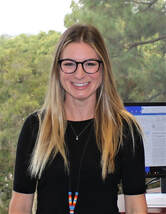 Lauren Goschke (Secretary) is a descendant of the Pechanga Band of Luiseno Indians and is in-house counsel at Southern California Edison.  She received a B.A. in Anthropology and a B.S. in Environmental Science from U.C. Berkeley, a M.S and a M.P.P from Oregon State University, and her law degree and certificate in Indian law from the University of Colorado Law School.  While in law school Lauren served as the President of NALSA, the Executive Editor of the Colorado Natural Resources, Energy, & Environmental Law Review, and a student attorney in the American Indian Law Clinic.  She also clerked at the Native American Rights Fund in Boulder, Colorado, the Solicitor’s Office at the Department of Interior in the Division of Indian Affairs in Washington D.C., and at Sonosky, Chambers, Sachse, Miller & Munson in Anchorage, Alaska.  Prior to law school Lauren was a forester for the U.S. Forest Service in Idaho.
Current Term: 2020-2023.

Tanner Allread (Treasurer) is a member of the Choctaw Nation of Oklahoma and is a third-year student at Stanford University, where he is pursuing the Joint Degree (J.D./Ph.D.) in Law and History. At Stanford Law, Tanner serves as Co-President of the Native American Law Students Association, the History Editor of the Stanford Law Review, and a moderator for Critical Conversations for 1Ls. During his summers, he has worked for Kanji &amp; Katzen, PLLC, and the Yurok Tribe’s Office of the Tribal Attorney. He is a member of the Pre-Law Summer Institute (PLSI) Class of 2018. Prior to law school, he received his Bachelor of Arts degree in History from Yale University and worked as a middle-school science teacher in Oklahoma City.
Current Term: 2019-2022  (appointed September 21, 2021 to fill vacancy) 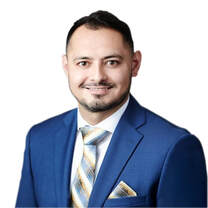 Xavier Barraza is an enrolled member of the Hopland Band of Pomo Indians; his grandmother was Marie Arnold-Lincoln of Hopland, and his grandfather, Nelson Hopper of Big Valley. Xavier is a Senior Associate Attorney at Peebles Kidder Bergin & Robinson, LLP and the current president of the Native American Bar Association of Washington, DC. He has over 10 years of policy and legal experience representing tribal governments. His broad expertise encompasses Indian housing, tax, finance, lands, natural and environmental resources, economic development, tribal codes and ordinances, litigation, and veterans’ affairs. Xavier was born in Sacramento and raised on his tribe’s reservation in Hopland, CA. He is a proud alumnus of Sherman Indian High School, a Native American boarding school in Riverside, CA.
​Current Term: 2021-2024. 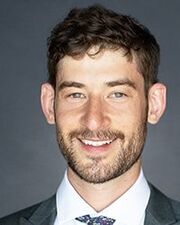 Simon Gertler is an associate attorney at Maier Pfeffer Kim Geary & Cohen, LLP, where he provides general and litigation counsel to tribal clients. Before returning to his hometown of Oakland, CA to join MPKGC, Simon worked in Indian law across Turtle Island. Simon’s undergraduate coursework in Native American Studies at U.C. Berkeley led him to pursue a law degree from the Indian Legal Program at Arizona State University. Outside of his Indian law classes, Simon gained experience working for the Indian Law Resource Center in Montana, an Indian law firm in Alaska, and the U.S. Department of Justice Environment and Natural Resources Division, Indian Resources Section in Washington, D.C.  Simon completed his final semester of law school studying indigenous law at the University of Victoria, British Columbia. Simon began practicing law in Colorado, where he represented tribes in water rights litigation throughout the Southwest. He later joined a national Indian law firm in Sacramento where he litigated a broad range of cases for tribal clients.
Current Term: 2020-2023 (appointed October 6, 2021 to fill vacancy).  Committees: Conference Committee; Pathway to Law; Legal Journal 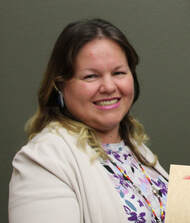 ​Angi Cavaliere is the Supervising Staff Attorney for the Yurok Tribal Court.  She is a member of the Stockbridge-Munsee Community Band of Mohicans.  She has a Bachelor’s Degree in Social Change & Development with a minor in First Nation’s Studies from University of Wisconsin – Green Bay.  She obtained her law degree accompanied by a fellowship in Children’s Rights from Whittier Law School.  The Public Law Center awarded Angi the Wiley Manuel Award for Public Service in 2011 for the work she did as a law student assisting underrepresented populations.  After law school, Angi obtained a Master of Jurisprudence in Children’s Law & Policy from Loyola Law School - Chicago.  Having previously served as Minor’s Counsel in the LA County ICWA Court, she moved north to work with the Yurok Tribal Court in the Spring of 2019.  She continued her ICWA advocacy with the National Indian Justice Center where she trained tribal and state social workers and advocates on Dependency and ICWA.  In January 2020, she was certified as a Child Welfare Legal Specialist by the National Association of Counsel for Children. In her current position, she leads the Court’s legal access center, family law guardianship & elder social workers, reentry/diversion, youth diversion, and To’ Kee Skuy Soo Ney-wo-chek’ (MMIW) projects while also serving as Court Counsel.
Current Term: 2021-2024. Committees: Pathway to Law 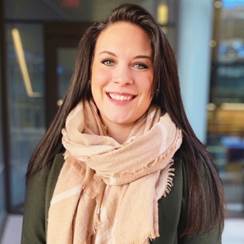 Michelle Castagne (Sault Ste. Marie Tribe of Chippewa Indians) recently graduated with her J.D. from the Sandra Day O’Connor College of Law with a certificate in Health Law and as a member of the Indian Legal Program. She is a member of the Pre-Law Summer Institute (PLSI) Class of 2018. Michelle is a Policy Analyst at California Tribal Families Coalition where she conducts legal research related to the Indian Child Welfare Act and it’s California counterpart. She hails from Michigan’s Upper Peninsula where she gained a love for the outdoors and a strong desire to work toward a better culture of health – in Indian Country in particular. Prior to law school, Michelle worked in various positions for her tribe, the National Indian Health Board, and the Alaska Native Health Board focusing on tribal public health legislation, federal budget formulation, and youth advocacy training.
Current Term: 2021-2024. Committees: Community Committee; Pathway to Law​

Nazune Menka (Denaakk'e & Lumbee) currently serves as a Lecturer and Tribal Cultural Resources Policy Fellow at UC Berkeley School of Law. As a graduate of the University of Arizona James E. Rogers College of Law’s Indigenous Peoples Law & Policy (IPLP) program her areas of interest include Indigenous nation building, advocating for international human rights and for the economic success of tribal governments, and litigating in state, federal, and tribal courts. Ms. Menka also currently serves on the Board of Directors for the Society for the Advancement of Chicanos & Native Americans in Science (SACNAS), and is Of Counsel at Rosette, LLP. Before entering the legal profession, Ms. Menka researched the intersections of Indigenous knowledge, resiliency, traditional food systems, and transboundary pollution as well as the impacts of abandoned mining sites on public health receiving her M.S. in Soil, Water & Environmental Science from the University of Arizona in 2014.  Current Term: 2022 (appointed February 29, 2022 to fill vacancy).
California Indian Law Association, Inc.  is a 501(c)(3) non-profit organization
Copyright © 2003-2021 California Indian Law Association. All rights reserved.
417 Mace Blvd., Ste. J #144, Davis, CA 95618
calindianlaw@gmail.com